IHostAzure.com | Cheap and reliable ASP.NET MVC hosting. This is another quick blog post for the ASP.NET developers, who’re using ajax (or are going to use the ajax in their applications for async calls for the data to the server), and might be getting confused in the View-part of the MVC pattern. This blog post, would try to tip them up with a simple method of creating ajax functionality in their applications, and how to get the confusion about View-part clear. The background to this post is a question, that arose, of how to use the ajax to get the data in ASP.NET MVC framework. Although that was a simple task, but I know new developers get into trouble in making the logic, that is why I am writing this blog post, to explain the core-concept of the behaviour.

Getting hands dirty in some ASP.NET code

First stage would be to write the back-end code for our application, which is the ASP.NET MVC application. Wait, the first thing I want to elaborate here is that ajax requests don’t usually require you to send entire HTML markup, to be rendered. Usually, ajax requests are used to download just a few details about the user, such as their name, their company name, or a little message such as success message for the process user has started. That is why, sending entire HTML markup would take a lot of time, and network size, by sending entire XML tree as HTML markup. 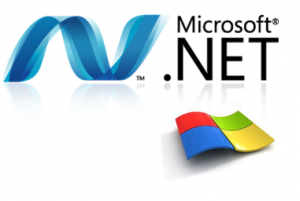 That is why, I am going to not-create any View in this project. But I am going to work with just a single Controller. That controller would be used to perform all of the actions, and after the controller has been made, I am going to use the Route mechanism to allow custom URLs in  application; which do not map to our actual HTML files on the application set up. Don’t worry, as the application would build up, the concept of this paragraph would start to get some gravity and you will understand it how did I do and what you would do in order to create your own Ajax running ASP.NET MVC application.

First of all, let us create a Controller. To create a controller, you can get some help from Visual Studio, click on the Controllers folder and Add Controller to it. Name it, what so ever you want to. I named it as AjaxController; to specify that it would control all of the ajax requests over HTTP protocol. Once that has been done, you can create your own action methods that would response to your own personal functions. I didn’t bother creating any complex task, instead I just simply created a function, named it as “CustomAction”. It would be used as the URL to our ajax handling web page.

Inside that page, you would write the following code, to handle it and provide the result to it. Like simple C# application, the functions can have any return data type and thus, in ASP.NET MVC application we can, instead of a View, return a string (or any other data type object) that would be sent down to the client as the response to his ajax request. It would be much simpler, and much shorter in structure.

The above code would return a string, that can be then used as a response and rendered into the HTML or done what-so-ever with it.

Now let us change the routes to actually let the application run without having to use a web page that is a View inside the Ajax folder in our Views folder. Open the App_Start folder, and inside there open the RouteConfig file, and inside it. Write this new route.MapPath() function

Now this code would create a routing scheme in your application, and is able to let your application run without actually having to have a specific file at that location to run and handle the ajax request. In the above code, I am using the URLs of the type “/ajax/customajax“, in this URL ajax is a constant string value, used as a path, and then the customajax would be the action of the controller. When this URL would be called, ASP.NET would execute the CustomAjax action of the controller, and would return the string result inside the function.

The ajax code for this project is simple jQuery code to create an async request to the server, to download some more data. But before I share the code for the ajax request, I would like you to make a few changes in the _Layout.cshtml file of your project. The change is to include the jQuery library in the project, so that in the web page you can use the jQuery (because we will be using that layout). Add this line of code to your HTML markup’s <head> element.

Now that the jQuery has been added to your HTML DOM, you can use this library in other pages which has this page set as their layouts, to make use of the jQuery syntax and other objects. I will be using the ajax.

Now once this code would run, it would try to make a call to the URL specified, in the above section we discussed how ASP.NET would handle that request using the routings and action methods, and then would return a single string value. It would finally alert the user with the string that would be returned. That would be a single ajax running application, which would return simple plain message to the user without any complex and large sized View.

HostForLIFE.eu guarantees 99.9% uptime for their professional ASP.NET MVC hosting and actually implements the guarantee in practice. HostForLIFE.eu is the service are excellent and the features of the web hosting plan are even greater than many hosting. HostForLIFE.eu offer IT professionals more advanced features and the latest technology. Relibility, Stability and Performance of  servers remain and TOP priority. Even basic service plans are equipped with standard service level agreements for 99.99% uptime. Advanced options raise the bar to 99.99%. HostForLIFE.eu revolutionized hosting with Plesk Control Panel, a Web-based interface that provides customers with 24×7 access to their server and site configuration tools.