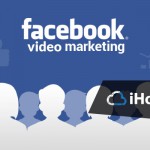 Think about it this way – if most people are spending hours on social media each day and like to watch online video, doesn’t it make sense to post videos to your social media profiles?

You were always able to upload video content to your Facebook wall, but Facebook recently rolled out a number of tools that would enhance this feature. For one, there is autoplay, which was a genius move on their part. It also has metrics and other tools that you can use to make it easier to distribute video content.

Surprisingly, few small business owners have taken advantage of Facebook video for marketing purposes. If you didn’t already know, video happens to get the most attention on Facebook. Why? Because Facebook did something clever – they tweaked their news feed algorithm so that it would show videos more often. What did this do? Facebook now averages over four billion video views daily.

If this isn’t music to your ears, then you’re completely missing the point. There’s never been a time where producing and distributing video was so easy and affordable.

Facebook’s autoplay feature was released in 2013 and has since increased views, likes, shares and comments by 58 percent. A view is counted if the person watches for at least three seconds. So if you’re able to capture the attention of your audience for at least three seconds, then it’s very likely they will continue. And if you can get people to complete your videos, then you’re more likely to convert them into buyers.

The following tips are oftentimes used by companies that offer social media marketing and management services:

With the help of social media marketing companies, you can improve your online video campaigns and successfully advertise them on Facebook and other social networks.