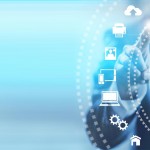 This article is an overview of migrating your Microsoft Access queries to SQL Server Transact-SQL (T-SQL) query language, and is intended to be a 101-level introduction.

Converting the user interface of an Access application to any application
How to take ugly Access queries and make it easy-to-understand SQL Server queries.
SQL Server Stored Procedures and Functions

Let us begin with the benediction

Why You Should Migrate queries from Access to SQL Server

Wouldn’t it be good if…

Easy
To date there is no Access to SQL wizard other than the SQL Server Import Wizard.
Until then, you’ll have to manually do something that goes like this:

There is no migration tool, so you have to do it yourself.